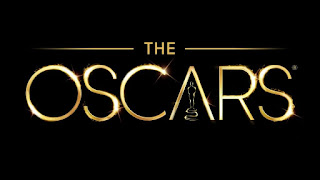 There are 6,000 voting members of the Academy of Motion Picture Arts and Sciences, all of whom are established figures in Hollywood. The voting members must have significant experience in the film industry, as either a writer, producer, or director, and must work in the industry for a significant number of years before being given entry into the Academy.

And yet, we still know more than them.

The 2017 Oscars got many things wrong, including, among others, the award for Best Picture. We’re here to make things right. Here is a comprehensive list of every award and who should have won.
BEST PICTURE
Arrival, Fences, Hacksaw Ridge, Hell or High Water, Hidden Figures, La La Land, Lion, Manchester by the Sea, Moonlight
Actual Winner: Moonlight
Who should have won: La La Land
Why?: Just when you think America is a safe country, a robbery is committed on live TV. Moonlight, a movie presumably about the moon, which can’t even talk (how is that interesting), somehow stole this Oscar from the movie that reinvented the classic American genre, the musical. La La Land, on the other hand, is about people who not only talk, but sing. A love story for the ages, and a film that dared to bring jazz back into American pop-culture, La La Land deserved to make its mark on history.

ACTRESS IN A LEADING ROLE
Isabelle Huppert—Elle, Ruth Negga—Loving, Natalie Portman—Jackie, Emma Stone—La La Land, Meryl Streep—Florence Foster Jenkins
Actual Winner: Emma Stone—La La Land
Who should have won: Emma Stone—La La Land
Why?: Playing Mia, an actress aspiring to (la la) land her big Hollywood break, Stone manages to pull off the cutest character in the best love story in recent memory. Stone’s versatility is heavily on display as she demonstrates her dramatic, comedic, musical, and dancing skills. Of all the Oscars we’ll give out, this is the most deserved.

ANIMATED FEATURE FILM
Kubo and the Two Strings, Moana, My Life as a Zucchini, The Red Turtle, Zootopia
Actual Winner: Zootopia
Who should have won: Moana
Why?: Moana, what can I say, except, you’re welcome. But to be fair, you earned this Oscar on your own. Moana is just yet more proof that the musical is the greatest art form to ever exist.

CINEMATOGRAPHY
Arrival, La La Land, Lion, Moonlight, Silence
Actual Winner: La La Land
Who should have won: La La Land
Why?: Okay, really, do the movies about a plane landing, a Saharan animal, light from the moon, or the noise of nothing sound like they’re filmed better than La La Land?

COSTUME DESIGN
Allied, Fantastic Beasts and Where to Find Them, Florence Foster Jenkins, Jackie, La La Land
Actual Winner: Fantastic Beasts and Where to Find Them
Who should have won: La La Land
Why?: Did you see the colors in La La Land? Yellow, blue, green, red, orange, purple, gold, brown, black, pink, white, fuchsia, burgundy, garnet, turquois, violet, indigo, grey, gray, maize, tan, even red. There were so many great colors in the La La Land costumes that I had to learn new words to describe them.

DIRECTING
Arrival, Hacksaw Ridge, La La Land, Manchester by the Sea, Moonlight
Actual Winner: La La Land
Who should have won: La La Land
Why?: La La Land is the brainchild of Damien Chazelle, so if anyone deserves credit for our best picture winner, it’s him. It takes very impressive leadership to pull off a musical as impressive as La La Land, and Chazelle’s excellence shines in the film.

DOCUMENTARY (FEATURE)
Fire at Sea, I Am Not Your Negro, Life Animated, O.J.: Made in America, 13th
Actual Winner: O.J.: Made in America
Who should have won: 13th
Why?: In a turbulent year such as 2016, it astounds me why a documentary about American produced orange juice would garner an Oscar win. 13th, a documentary about the over-criminalization of black people, and the flaws with the criminal justice system in general, shines an important light on a tough issue. Since they try to politicize the Oscars as much as possible anyway, it’s surprising this didn’t win in the first place.

PRODUCTION DESIGN
Arrival, Fantastic Beasts and Where to Find Them, Hail Caesar!, La La Land, Passengers
Actual Winner: La La Land
Who should have won: La La Land
Why?: I don’t know the requirements for a production design Oscar. We’re just going to recycle our winner for costume design.

SHORT FILM (ANIMATED)
Blind Vaysha, Borrowed Time, Pear Cider and Cigarettes, Pearl, Piper
Actual Winner: Piper
Who should have won: Piper
Why?: The little bird in Piper is the cutest thing perhaps in the history of the world. A must-watch for people who think cute things are cute.

SHORT FILM (LIVE ACTION)
Ennemis Intérieurs, La Femme et le TGV, Silent Nights, Sing, Timecode
Actual Winner: Sing
Who should have won: The scene from La La Land where Emma Stone lip syncs I Ran
Why?: All of these short films are terrible. Meanwhile, this scene from La La Land could itself be a short film that delivers more emotional impact than all of these nominees combined.

WRITING (ADAPTED SCREENPLAY)
Arrival, Fences, Hidden Figures, Lion, Moonlight
Actual Winner: Moonlight
Who should have won: Moonlight
Why?: It’s tough to write an entire feature film about light reflecting off of the surface of the moon, so it’s Oscar-worthy on its own that Barry Jenkins turned this concept into a 111 minute film. This script delicately handles touchy topics, like the great debate over whether or not the moon is made out of cheese, and the man on the moon’s sexuality.

WRITING (ORIGINAL SCREENPLAY)
Hell or High Water, La La Land, The Lobster, Manchester by the Sea, 20th Century Women
Actual Winner: Manchester by the Sea
Who should have won: La La Land
Why?: In addition to writing our two-hour best picture winner, the writers of La La Land also wrote eight amazing songs. The choice is clear. While Manchester by the Sea is a good film, it was largely carried by Affleck’s performance. Nothing in particular about the writing stands out. The writing for La La Land, meanwhile, made us laugh, cry, and sing. This is one of the easier awards to give out.

As you can see, the Academy really blew it this year. Fourteen awards given out to objectively the wrong movie is way too many for the organization that claims to be the authority on all things film.

The academy snubbed La La Land, Hell or High Water, and even Rogue One, begging the question: why do I even bother to watch them?

Clearly, from watching all of these movies as prep for this analysis, we were able to come to the correct conclusions. Why wasn’t the Academy? Is the voting system flawed? Is democracy as a concept not a viable way to make decisions in a society?

Perhaps. But for now, let’s just not think about that and keep spending time watching movies.