Did I Accidentally Watch Arrested Development? by Joe Maher 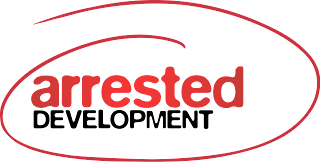