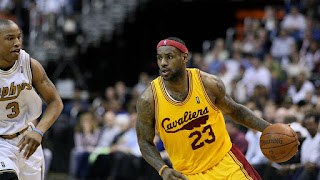 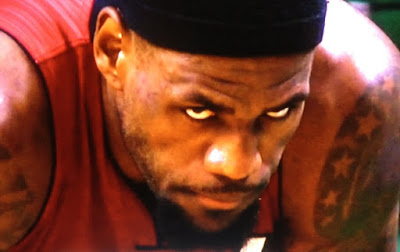 Revelation 6:17: “Fall on us and hide us from the face of Him who sits on the throne and from the wrath of the Lamb! For the great day of their wrath has come, and who can withstand it?” This verse shows us the fear within the men who hide from Jesus’ return.
But there’s no proof now that wicked men of the world fear LeBron James. Sure, wicked men of the NBA already fear Him. When He rises for dunks, players get out of the way, for they cannot withstand his wrath. But the wicked men of the world are not yet aware of his presence, as the bible said they would be. This apparent disconnect leads us to an important question.
Why is the second coming of Jesus Christ a basketball player?
The only answer we have to this is a rather unsatisfying one: God works in mysterious ways.
Truth is, we can’t know God’s plan. Even if we can deduce that his son is already among us, we don’t know why He is biding his time as a professional basketball player, rather than gathering the good men of the earth and bringing them to heaven. We can only guess.
Maybe LeBron isn’t the second coming of Jesus. Perhaps throughout history He has risen many times, each iteration deciding it wasn’t the right time to pull the good men from earth into heaven. It doesn’t say anywhere in the bible that Jesus wouldn’t come back more than once.
Or maybe God sent Him down early to judge the people of the earth, and LeBron is simply playing basketball to pass the time. LeBron Himself has acknowledged that the original coming of Jesus was a basketball player himself. On the Road Trippin’ Podcast, He said “There’s only three people in this world that can score on Me in the post: Shaquille O’Neal in his prime and … Who was it? Oh, it’s two, and Jesus Christ.”
Now, I understand the temptation to write off this entire article. I managed to string together some connections between Jesus Christ and LeBron James, sure, but I wasn’t able to explain why He was playing basketball instead of saving the righteous men of the earth. I wasn’t able to explain definitively why now was the time He arrived, or why Cleveland was the place, or why He’s yet to reveal Himself as the son of God.
But there’s a reason why I can’t explain these things. “No one knows about that day or hour, not even the angels in heaven, nor the Son, but only the Father.” (Matthew 24:36)
It’s because nobody knows for sure. Perhaps not even LeBron Himself knows that He is the savior of the world. And if even He doesn’t know, then there’s no way we could know beyond the limited evidence we have.
That’s just the thing though. We shouldn’t need evidence. God loves us because of our faith in him. Jesus loves us because of our faith in him.
LeBron loves us, because of our faith.
“Jesus said to him, “Because you have seen Me, you have believed, but blessed are those who have not seen, and yet have believed.” –John 20:29